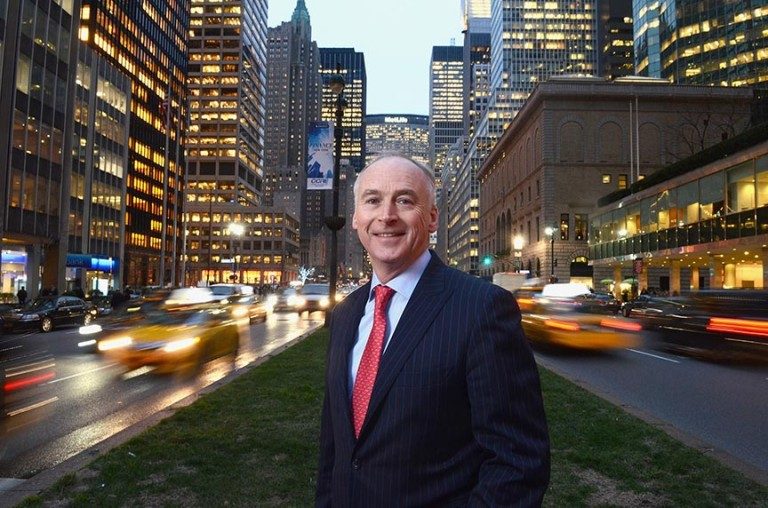 John learnt everything about the hotel business from his father, Paddy Fitzpatrick, who worked in many hotels in Ireland prior to buying the Killiney Castle Hotel in Dublin. He soon added the Fitzpatrick Shamrock Hotel in Bunratty, County Clare, and the Fitzpatrick Silver Springs in Cork.  His mother Eithne, a former Miss Ireland, was also hugely influential on his career.  She worked with his father on building up the family business and on every aspect the hotels interior design.

The second eldest of Paddy and Eithne’s five children, John wanted to get international experiences, and headed to the United States at an early age. He worked in various cities including Las Vegas and Chicago, before he come back to the family business in Ireland. In 1990 he returned to New York to look for a suitable property to renovate and turn into a Fitzpatrick Hotel. To save money he stayed in the empty hotel during construction, padlocking the door after the crews went home at night.  The hotel opened its doors in December 1991. The hotel has become hugely popular with heads of state, Irish stars and the Hollywood A-list alike. Due to its success, a couple of years later John opened another New York hotel  – The Fitzpatrick Grand Central.

When his parents passed away, John decided to commemorate her with an annual golf tournament. To date this event has raised millions of dollars, these funds have been used to support various charities including Corrymeela Centre, County Antrim, Barrettstown, County Wicklow, and Barnardos. All of the funds are distributed via the Paddy & Eithne Memorial Fund.